The Blind Designer, "Remember to close your eyes more often so that you can better see and experience your inner self. "

Eric Brun-Sanglard is a speaker and a unique personality.

A blind designer, he brings an inspiring and exciting experience. Originally from Chamonix, he left France for the United States at the age of eighteen to study at Emerson College in Boston. He graduated in communication and marketing with honors.

Eric began his career as an art director in the fashion world, then very soon he specialized in the perfume industry and led the opening of an office in Los Angeles, then New York, and finally Paris. In a very short time, he managed to sign with the biggest brands in this world.

By the time Scent Seal, the advertising agency Eric worked for, got bought out by their competitor, Eric began to have vision problems. He learned that he had the CMV virus which was likely to blind him and possibly even take his life. Refusing to let this diagnosis defeat him, he continued to work, travel and even began a huge renovation project on his home in the Hollywood Hills.

When he finally lost his sight at the end of 1995, in addition to adapting to this new situation, he reinvented himself in a profession more than unexpected for a blind person: interior design.

Through this ‘handicap’ (handicap which he knew how to transform into an asset), Eric learned a new way of seeing the world and thus discovered that he had a capacity often ignored in design: the harmony of our five senses. In 1996, Eric teamed up with a prime contractor. Together they created a design and construction company, and in June 2003 he launched his own company which he aptly called The Blind Designer. Continuing to attract media interest, Eric was solicited as the leading ‘star’ guest by ABC’s flagship show “Extreme makeover home edition” [in France known as ‘Les maçons du Coeur”’ to participate and advise the design team/animators. Following the great success of this experience, he decided to produce and host his own TV show called Designing Blind on the big channel A&E. He presented his approach to interior design as well as a new discovery he made during his discussions with his clients that could be described as deco-therapy. 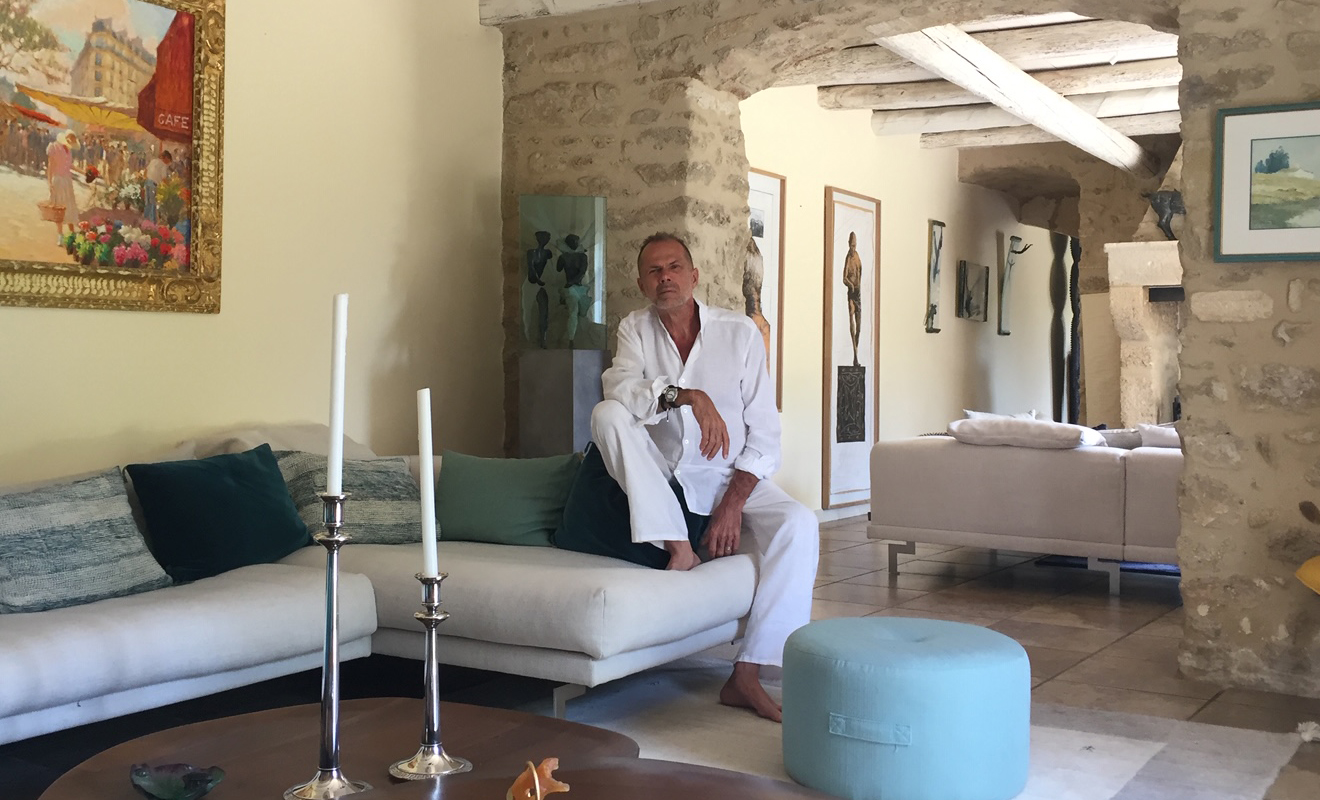 For a direct effect of the change in the environment on the occupant, Eric pushes his projects beyond the visual, he thinks of well-being above all. His reputation having crossed the Atlantic, Eric was approached by a French editor who, inspired by the strength of his life journey, asked him to write his testimony. As a result of this project, Eric decided to return to his native country at the end of 2009 to publish his book Beyond My Night, released in bookstores in March 2010. After leaving France, at the end of his adolescence, his back-to-basics was love at first sight. Originally given only six months to complete this project, he has now adopted Paris as his primary residence. Eric continues to be present on television sets, he did a special ‘prime time’ edition with Sandrine Dominguez on her show “Teva Déco”.

Eric has transformed a life full of challenges into a strong life lesson that he shares with all kinds of audiences, as an innovator in architecture and design with his philosophy of ‘Sensory Design’ or through themes of provider/coach on topics such as:

– Manage and know how to navigate in times of great challenges

– Reinvent yourself in the most unexpected ways.

– Accept challenges and tours into opportunities

– Live in the present and find happiness and inner peace

– Lift the limits that we impose on ourselves: go beyond our own limits.

– Change our vocabulary to improve the way we perceive ourselves and our cc.

Finding and developing our inner strength, reinventing ourselves, looking at the glass half full rather than half empty, choosing between being a victim or listening to life lessons and putting them to our advantage, always going ahead of our passions rather than submitting to our present, being constantly open-minded to the different opportunities that arise each day, rather than forcing a predefined course; and naturally close your eyes to see better!