Nils Aziosmanoff is an innovation expert and co-founder of Le Cube, one of Europe's most renowned digital creation centers.

Nils Aziosmanoff is an innovation expert and co-founder of Le Cube, one of the most renowned digital creation centers in Europe.

He has been working for more than twenty years on the impact of new technologies on the evolution of society and contributes to various large-scale projects around the smart city.

He is the president of ART3000, created in 1988, a pioneering association in France in the field of digital arts, which has published the magazine Nov’Art and organized more than 500 events. Nils Aziosmanoff directed ISEA2000, the International Symposium of Electronic Arts, a reference event of the international digital scene. 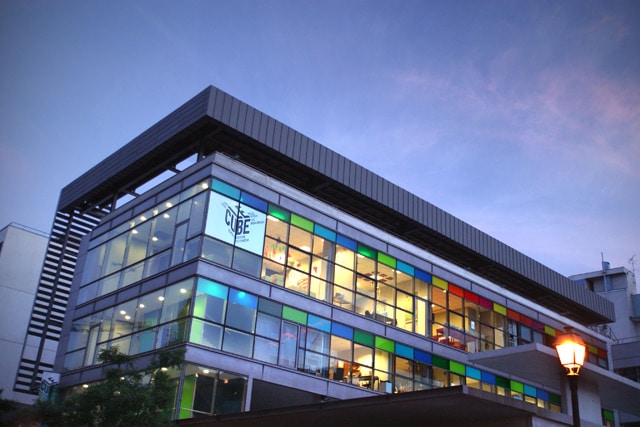 Nils Aziosmanoff is a laureate of HEC Challenge+ and has participated in the creation of several innovative technology companies.

He is the host of the Rendez-vous du Futur (more than a hundred web TV programmes) and regularly hosts personalities on the challenges of the digital society.

He also hosts the Revue du Cube, an online media focused on the evolution of the digital society through major social issues.Author of numerous articles and studies, he is one of the “100 personalities of the Future” selected by Les Echos in 2016. He is a Chevalier des Arts et des Lettres.