Journalist, director, author and speaker, wife and mother. Stéphanie Brillant, who has worked in French radio and television, defines herself as a multipotentialist.

Journalist, director, author and lecturer, wife and mother, Stéphanie Brillant, who has worked in French radio and television, defines herself as a multipotentialist.

Her work consists of making the links between neuroscience, daily life and spirituality. Stephanie’s research themes are the Brain, the power of breathing, Love and Time. For each theme she focuses on making films to inspire, writing books to explain, and giving Masterclasses or Talks to share practical tools.

In 2018, the release of her film ‘The Brain of Children’ was a great success and was selected for the Positive Film Week at the 2019 Cannes Film Festival. Brainious, the original version of the film is distributed in the US, China, Germany. Stephanie is the author of ‘The Brain Guide for Enlightened Parents’ published by Actes Sud in September 2019. 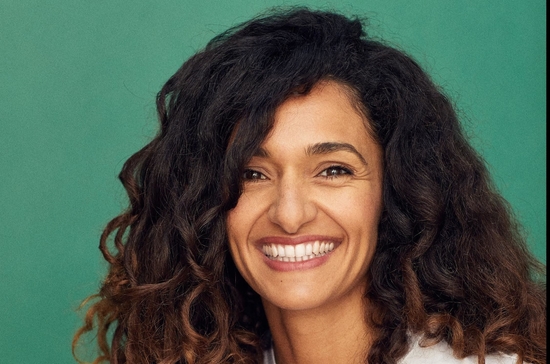 Her new book ‘The Incredible Power of Breath’ was published in January 2021 by Editions Actes Sud, it is now number 1 in the Mind and Body Medicine category or number 1 in sales on Amazon. Remarkably complete, this guide, with tests, exercises, personal experiences and other testimonies combines in a global approach the physiological, psychological, and spiritual aspects of the breath’

Stéphanie gives numerous conferences around the world and will soon be a speaker at the Women Economic Forum as well as at the Women in Innovation international conference. Very involved in women’s empowerment, Stéphanie Brillant received an Award of Honour from the organization WAW, Women Appreciating Women. She created in France, the first docu-reality show dedicated to young women entrepreneurs, broadcast on the channel JUNE, with Xavier Niel, Fleur Pellerin, Michel et Augustin, Véronique Garnodier and Céline Lazorthes in the cast. Stéphanie is also the mother of two children, whom she is raising between California and France.