From a difficult childhood in a foster home to the title of world pastry champion, Yazid Ichemrahen has shown determination and perseverance. He also advises pastry chefs looking for more profitable models.

From a young age, Yazid learned about baking cakes. Originally from the city of Epernay, he grew up in a host family in contact with their two sons, who are passionate about pastry. On Wednesday afternoon after school, if he had been good, his reward was making a yogurt cake. He really started to exist by having recognition in the pastry shop. He saw pleasure in the eyes of others, which is what made him always demand the best of himself. His mistakes, his trials, have served as an engine in life to move forward and surpass himself. Without too many family ties, he traveled to practice with the best, which brought him rigor and professionalism. His education was strengthened through his hard work and with the chefs he was fortunate to meet.

He remembers one of his first employers whom he admired for his titles: “Meilleur Ouvrier de France” and “Champion du monde”. He once told him “responsibilities cannot be given, they are taken. “. He never forgot that phrase, it has become his leitmotif. He evolved very quickly thanks to this course of action as well as by carefully choosing his professional entourage.

His philosophy of taste is similar to that of my life. It could be defined in one word: ‘Simplicity’ It has three tastes at most, for three textures in order to be understood by all palates. In terms of production, his bet is to leave room for ‘Authentic’ taste, finely seeking the best raw materials, without cheating. He assembles them according to his emotions of the moment to give them the harmony and the sensitivity they deserve but without distorting them. Regarding his team, each person who enters the lab must be able to redo their creations. For that, you have to understand and soak up this spirit of simplicity and sharing, the technique comes only in the finish. His pastry evolves through encounters and travels.

Today the priority in my approach to taste is to make each of his creations accessible to everyone. He thinks about and organizes production to make it as efficient as possible. The optimization of costs allows him to not touch the exceptional ingredients that make the difference to gourmets. Everything can be summed up in two sentences which are its leitmotivs: – Perfection is not a detail but details make perfection – Know-how / make-do / let know. Its intervention themes are: motivation, resilience, teamwork, profitability, excellence, innovation. 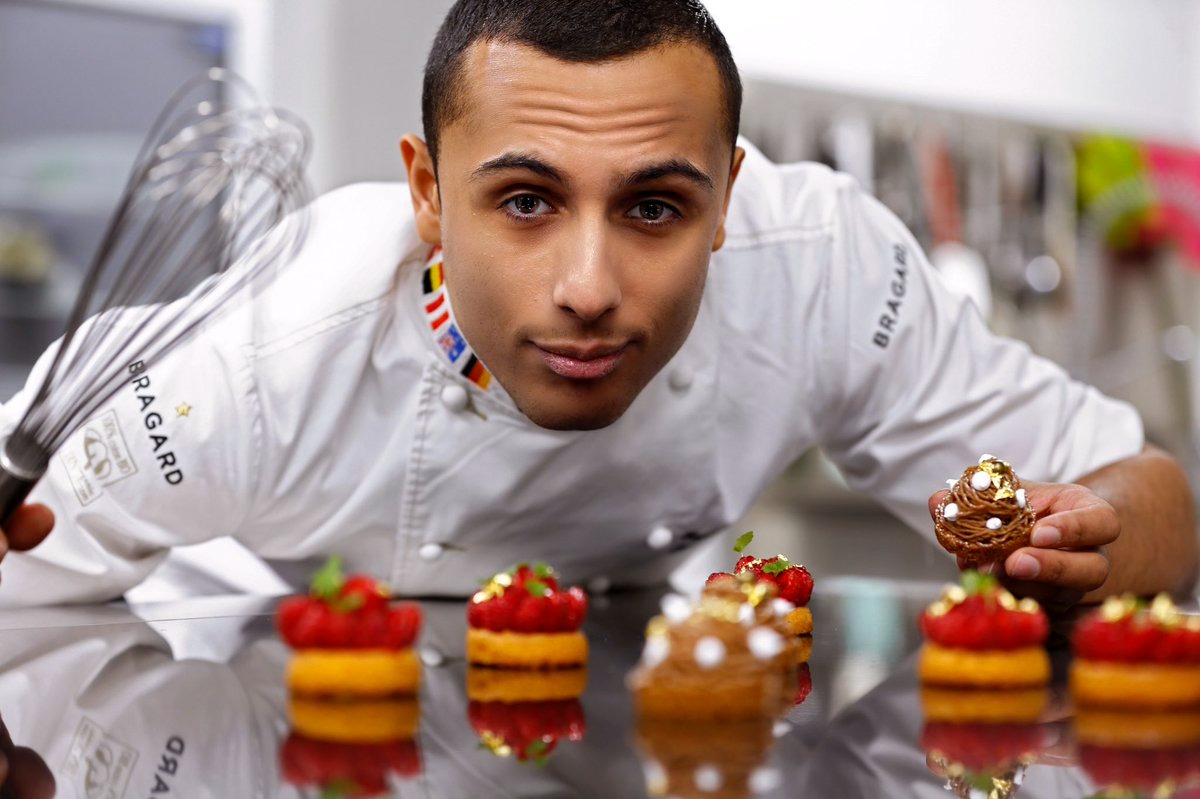