Alex Taylor defines himself as a ‘European journalist.’ Originally from the UK, he moved to Paris in the 1980’s, where he has been presenting and producing TV and radio programmes about Europe.

He is best known for a daily 2-hour round-up of European news on France Télévisions (Continentales) and for the European press review he did for 25 years on public radio France Inter and hosting the morning show on France Musique. He has worked for international broadcasters, being the first ‘face in view’ multilingual interviewer on Euronews (I Talk) and presenting prime time shows on Franco-German ARTE and TV5 Monde. He also was Programme Director on Radio France Internationale (RFI) in charge of implementing the station’s 24-hour news format.

Parallel to his career in journalism Alex has hosted some 1 500 international conferences and events over a 25-year period. This ranges from institutional events with ministers, heads of government for international organizations (The UN, Unesco, The EU Commission, different governments and inter-governmental entities) to an extensive range of corporate customers (Airbus, Cartier, Engie, Air France, France Télécom, L’Oréal, Bouygues, Renault, HSBC, EDF to name but a few…)

He has hosted a wide number of gala events with personalities such as The Queen, Presidents Clinton, Mandela, etc. He speaks English, French and German (mother tongue level) and can also host in reasonably fluent Italian, Spanish and Dutch.

After finishing his degree in Modern Languages (French/German) at Oxford University in 1981, he spent the first ten years in France as a lecteur teaching English language, media and civilization at L’Ecole Normale Supérieure (Fontenay), Paris X and XII together with many other public establishments (Lycée Saint-Louis, l’ESG, Lycée Jacques Decour etc).

In 2019, The French Minister of Education asked him to prepare a report on improving language teaching in French schools. He is the author of several best-selling books in France, including one on the “wonderful world of languages” (Bouche Bée, Tout Ouïe” and one on “Brexit – l’Autopsie d’une Illusion”).

In 2014 he was made an Officier de l’Ordre des arts et des Lettres of the French Republic. 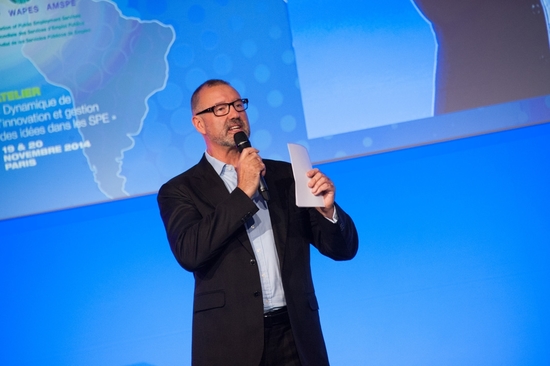