Dorothée Kristy is a TV host, with a great experience in institutional and brand content.

After a Master’s degree in Cinema at the Sorbonne and training as an actress at the Cours Florent, she began her career on the small screen as a columnist on D8 for “Morandini! “, then on France 2, France 3 and France 4 for “Jusqu’ici Tout Va Bien”, “Midi en France” and “Monte le Son”.

She then returned to D8 as a columnist on “Est-Ce Que Ça Marche” and “Touche ¨Pas A Mon Poste Été”.

Dorothée then created her own blog called “Qu’est-ce que fait pleurer les blondes ?” and still participates in various TV and radio shows. (In September 2016 she was on Europe 1 in the team of “La Cour des Grands”). 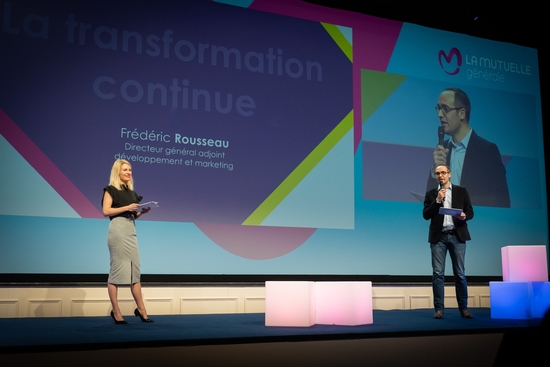 Since 2017, Dorothée Kristy has specialized in the organization of corporate events, working with the Orange group, Facebook, Ferrero, Suez, La Mutuelle Générale, and Klépierre, for whom she leads seminars, round tables, and interviews for internal communication.

Strategies, assessments, and issues are among the topics discussed at these events with the entire Management Committee.

Thanks to her experience on entertainment TV programs, she can easily handle presentations of concerts, award ceremonies, or other cultural events.