Author, journalist, and documentary maker, Guillaume Pitron is known for his investigations into the economical, political, and environmental issues of the global economy and digital transition.

To date, Guillaume is the author of around 100 reports, surveys and documentaries, produced in around 40 countries.

In his book “The digital hell, travel at the end of a like”, he explores the little-known damage to our digital activity.

How to suspect that a simple “Like” sent from our smartphones mobilizes what will soon constitute the largest infrastructures built by man? That this “notification” sent travels around the world, crossing the seven working layers of the Internet,  using submarine cables, telephone antennas, and data centers located right up to the Arctic Circle?

The ‘dematerialized’ world of digital technology, essential for communicating, working and consuming, is proving to be much more tangible than we would like to believe. Today it absorbs 10% of the world’s electricity and represents nearly 4% of the planet’s CO emissions.

However, we are struggling to understand these impacts, as we are left dizzy by the mirage of the cloud, pure and ethereal. However, we must face the facts: if there is a ‘cloud’, it is black with pollution.

What is the geography of our clicks and data? What ecological and geopolitical issues do they carry without our knowledge?

At a time of the deployment of 5G, connected cars and AI, this survey, carried out over two years on four continents, reveals the anatomy of a technology that is only virtual in name . And which, under the guise of limiting the impact of man on the planet, is already asserting itself as one of the major environmental challenges of the 21st century.

His first book, “The War of Rare Metals. The hidden face of the energy and digital transition”, translated in a dozen languages, has been turned into a documentary on the tv channel Arte.

From Chinese rare soils to oil extracted in Alaska via Sudanese Arabic gums, the book tells about the importance of raw materials and to the economic, political and environmental issues linked to their exploitation.

This thematic is coupled with geographic coherence: the African continent, and in particular South Africa, where he was a press correspondent.

Guillaume Pitron holds a DEA from the University of Paris and a Master of Law from Georgetown University (USA). 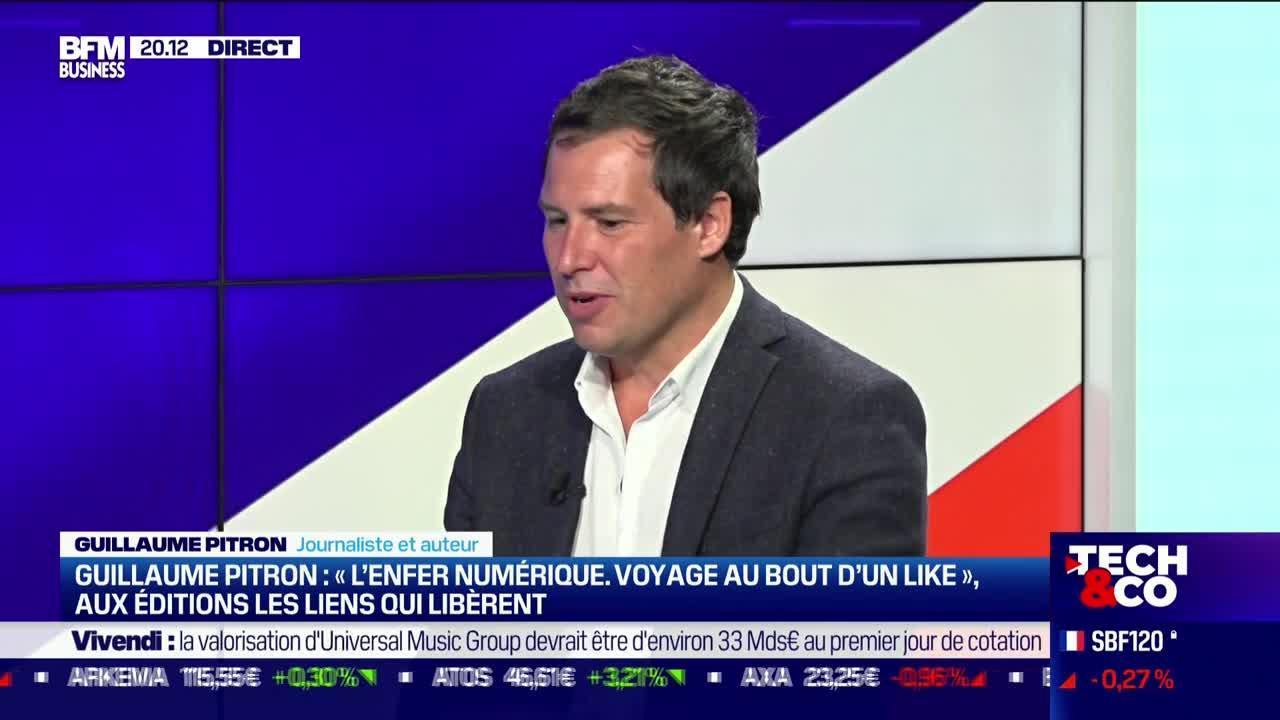