Dr. Pascal Picq is Associate Professor at the College de France in Paris, the oldest great scientific and cultural institution to date in France founded by King François 1rst in 1530.

He works at the department of Paleoanthopology and Prehistory along with the professor Yves Coppens, the co-discoverer of the famous Lucy, a young female australopitecine 3,1 million years old.

Dr. Picq is born in Paris suburb. After his high school studies he went to the University Pierre et Marie Curie of Paris to obtain a bachelor degree in the theoretical physics. Meanwhile, his growing interest for human origins and evolution pushed him to follow a parallel course in Prehistoric archaeology at the Sorbonne. With this very unusual profile, he was admitted in the graduate school of paleontology and paleoanthropology of the University Pierre et Marie Curie until in PhD degree in 1983.

His researches are interested in the evolutionary morphology of the human skull and face. Everybody has more or less in memory a view of our ancestors face and there is a lot of questions about the patterns of evolution and adaptation. Some of these questions can be addressed through an experimental approach associating the technologies of the physics of material to living species, i.e., monkeys. In order to learn and to develop his researches, Pascal Picq spent several years in the department of biological anthropology at Duke University in North Carolina, first as doctoral student, then as post-doctoral student and research associate until 1989. 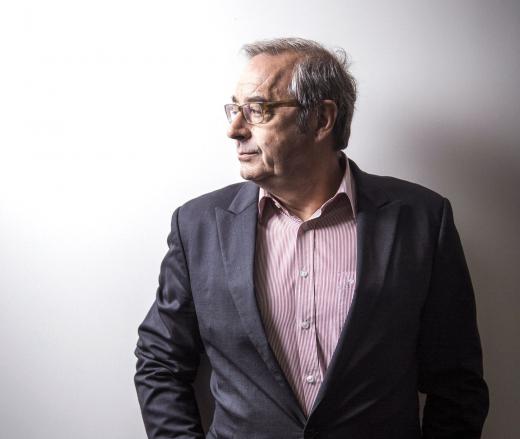 Back in France to join his actual position, Pascal Picq has dedicated a lot of effort for teaching and to adapt the last advances in human origins researches for the high school and college programs. For that purpose, he has published 16 books, the last one being a critical approach of our evolution regarding the actual extinction of wild species, especially tigers. Another very dramatic topic is the growing threat on the last surviving populations of great apes. He is currently developing a foundation dedicated to great apes preservation and conservation in France in agreement with the international institutions and the Jane Goodall Institute. Pascal Picq’s books, ovies, exhibitions and public lectures deal about Man’s place in Nature and its growing responsibility regarding the biodiversity and sustainable development. He belongs also to the scientific board of several great museum – Cité des sciences de la Villette in Paris ; Palais de la Découverte de Paris ; Musée des Confluences of Lyon… etc. Deeply involved in science and culture, he is currently preparing a choreographic show with a dancing company in Lyon through a collaboration with the Museum of Natural History.

His main current research projects deal with some aspects of the human face to be explored through the new technologies of biomedical imaging scanning and simulation and another one towards a field research with the goal to discover new human fossils in Africa.

In France, Pascal Picq belongs to a very small tribe of university scholars having the opportunity to participate to discussions with private companies or corporations about foundamental question such as what is evolution; what is adaptation the patterns of human behavior; the strategy of power.