Nathalie Levy is a French journalist. She holds a law degree and graduated from the French Press Institute at the University of Assas in Paris.

Immediately her interest in international news led her to the field and it was in the Middle East, at the French radio station in Jerusalem, that she made her first reports in 2000. A few months later the 2nd Intifada broke out and she covered the conflict as a freelance reporter.

Back in France, she joined Radio J where she presented the news and two programmes (including one at the European Parliament in Strasbourg, “Listening to Europe”).

In 2001, she joined the editorial staff of BFM Radio, alternating between reports, international press reviews and news presentations. In 2003, the identity of the radio station changed. While remaining faithful to the news, she took the opportunity to host two other programmes on the themes of leisure and travel. 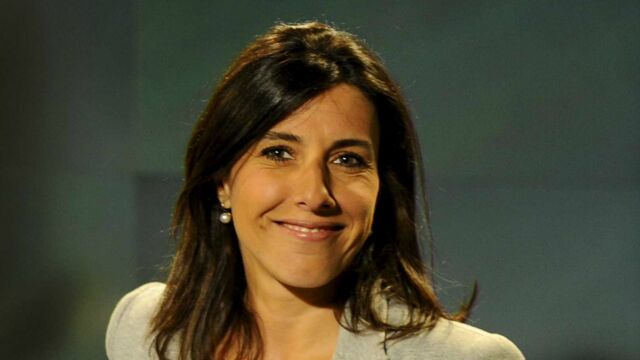 At the end of 2005, BFM TV was created and the channel asked her to go back into the field. But very quickly she was given the opportunity to replace Ruth Elkrief to present the television news. In 2007, in the middle of the election campaign, she took over the 19H news. New season, new schedule, so she officially became the presenter of INFO 360 every evening from 10pm to midnight.
From August 2010 onwards, Nathalie Levy will present the show from 9pm to 10pm and then from 11pm to midnight with Info 360. In August 2014, the show Info 360 ended and Nathalie Levy presented News et compagnie live on BFM TV from 9 to 10 pm from Monday to Thursday. The show ended in July 2019 and she left BFM TV at the end of the season.

In addition, she presented Votre grand journal du soir on the radio station Europe 1 during the 2019-2020 season. From July 2020, she will devote herself to other projects, in particular the writing of her first book Courage au cœur et sac au dos. This book describes the close relationship she has with her grandmother, but also the difficult support and constraints involved in being a family carer.

This first book, Courage au cœur et sac au dos, published by Editions du Rocher, describes the special and “very strong” relationship between her and her grandmother, and more generally the role of family carers, of whom there are probably between 8 and 11 million in France. However, she specifies in several interviews that she considers herself more of a “lover” than a “carer”.