Professor of philosophy, editor, radio host and television host, Raphaël Enthoven has dedicated his career to making philosophy accessible to as many people as possible.

Raphaël Enthoven is one of the most famous philosophers. After having worked at LIRE Magazine from 2002 to 2005, he participated in the launch of Philosophie Magazine where he has been a regular column since the first issue, whose texts have been collected in three collections, all published by Gallimard (L’endroit du décor, Le Philosophe de service and other texts and Raw Material). But his first book, halfway between the essay and the novel, titled Un Jeu d’Enfant – La Philosophie, was published by Fayard in 2007.

Upon obtaining the aggregation, Raphael Enthoven participated, alongside Michel Onfray, in the launch of the Université Populaire de Caen, then contributed to the creation of the Société Normande de Philosophie, before organizing and leading, since 2004, first at the François Mitterrand Library then at the Théâtre de l’Odéon, around ten annual meetings with philosophers, writers and art historians driven by the oxymoron dear to Antoine Vitez of “l ‘ elitism for all ”. 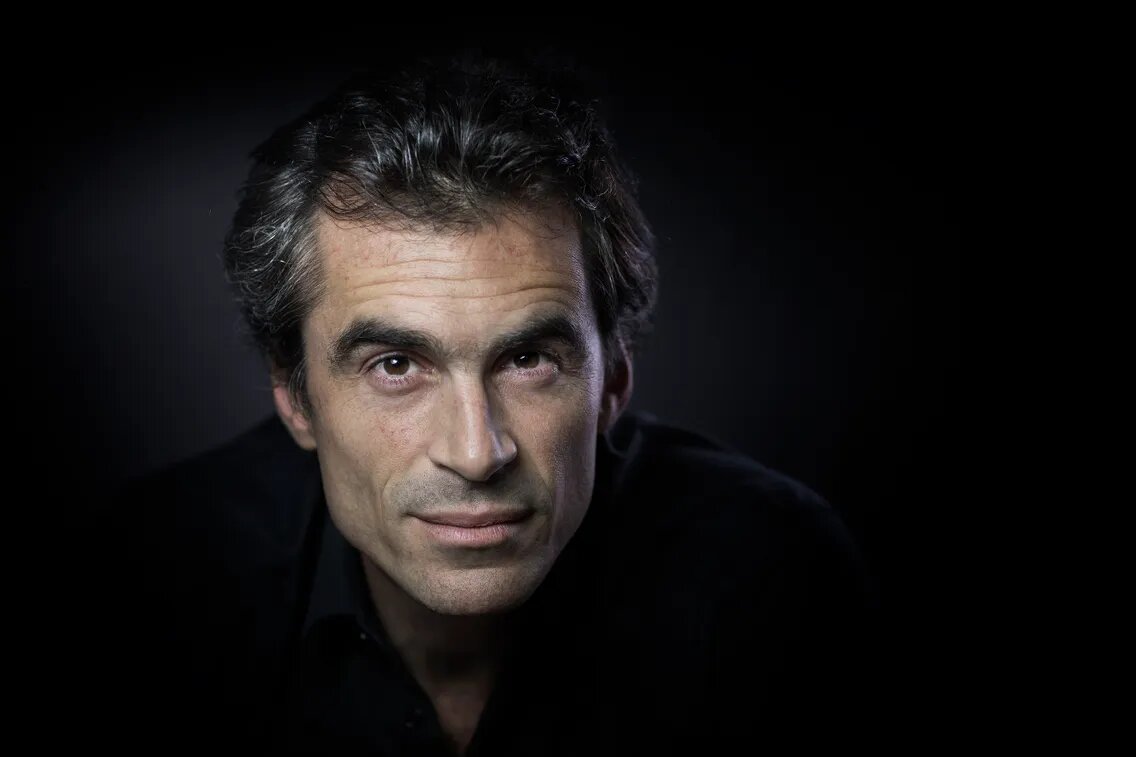 At the same time, from 2003 to 2006, Raphael Enthoven built an oral library on France-Culture within the framework of the “Comments” program, the aim of which was to provide as wide an audience as possible with the classics of the thought. From 2007 to 2011, while designing and hosting the program “Philosophie” on ARTE (since 2008), he produced and hosted Les New paths to knowledge which offered and still offer France-Culture listeners a daily hour of philosophy, art history and literature.Finally, after participating in the morning of France-Culture (“The world according to Raphaël Enthoven”), Raphael Enthoven launched a new program in September 2012, entitled Le Gai Savoir and broadcast every Sunday, from 4 p.m. to 5 p.m. Lastly, a series of short, daily programs (“Imagine”) on ARTE. He won the Prix Fémina de l’Essai for Marcel Proust’s Dictionary of Love, co-written with Jean-Paul Enthoven (Plon / Grasset editions).

In the wake of the dictionary, in February 2015 he published Le Snobisme – questions de Caractère, co-written with Adèle Van Reeth. From August 2015 to August 2018, he joined Europe 1, and created ‘La morale de l’Info’ (three daily minutes of long time, in the heart of the morning of Thomas Sotto) and ‘Qui-Vive’ (every Saturday, from 3 p.m. to 4 p.m.). In September 2015, he published ‘Anagrams to read in the Thoughts’ (Actes Sud) with Chen Jiang-Hong and Jacques Perry-Salkow, then ‘Vermeer – the day and the hour’ with Jacques Darriulat (Fayard). Then Little Brother, appeared by Gallimard in March 2016. In January 2018, he published “Morales Provisoires” with Editions de l’Observatoire, then the following year, his “Nouvelles morales provisionoires” which included all of his chronicles.