Simone Zanoni is one of the world's leading chefs. A graduate of the "Instituto Commerciale di Lombardia" (Italy), he was also awarded in 2004 by the Guid BMW Italia, as the best Italian chef working abroad. The same year, he also received the Acon Awards, which recognizes the 20 young talents of the year from the hospitality industry.

As soon as his studies completed and his cooking diploma in hand, Simone decides to go to England to improve his skills. He did not speak a word of English at the time and yet succeeded in establishing himself a great reputation.

From 1997 to 2001, he started as a clerk and then chef de partie at Restaurant Aubergine (one Michelin star), in London. In 2001, he was recruited from Gordon Ramsay Holdings, still in London, as Deputy Head. In 2003, he replaced the chefs of restaurants Amarylis (one star), Petrus (two stars) and Claridge’s (one star). During this experience, he completed his apprenticeship as a Chef, in particular for the creation of the menu, the management of purchases, training and personnel management.

In 2003, he became Chef at the Gordon Ramsay Restaurant (3 stars) in London. He worked for 4 years alongside  Gordon Ramsay himself. Since 2007, Simone Zanoni has been Executive Chef of the Hotel Trianon Palace and Chef de Cuisine of Restaurant Gordon Ramsay at the Trianon (2 Michelin stars), in Versailles, France. This consecration is the fruit of Simone’s efforts and talent. Trilingual, Italian, English and French, Simone offers his expertise and know-how in the form of consulting. He is notably an advisor to Gordon Ramsay’s Restaurants in Italy (Sardinia and Tuscany) and for the company GRSA, based in Sao Paulo, Brazil.

In 2011, he also opened a new Parisian concept with the company Simone e Nicola, of which he is the manager. In September 2016, he became the Chef of  “George”, the Mediterranean restaurant of the Four Seasons Hotel George V. A challenge in which he wishes to breathe a journey of flavors through his plates and his sense of conviviality. Simone keeps 100% of the existing menu and over time will enrich the range of dishes to share according to her inspirations and influences. 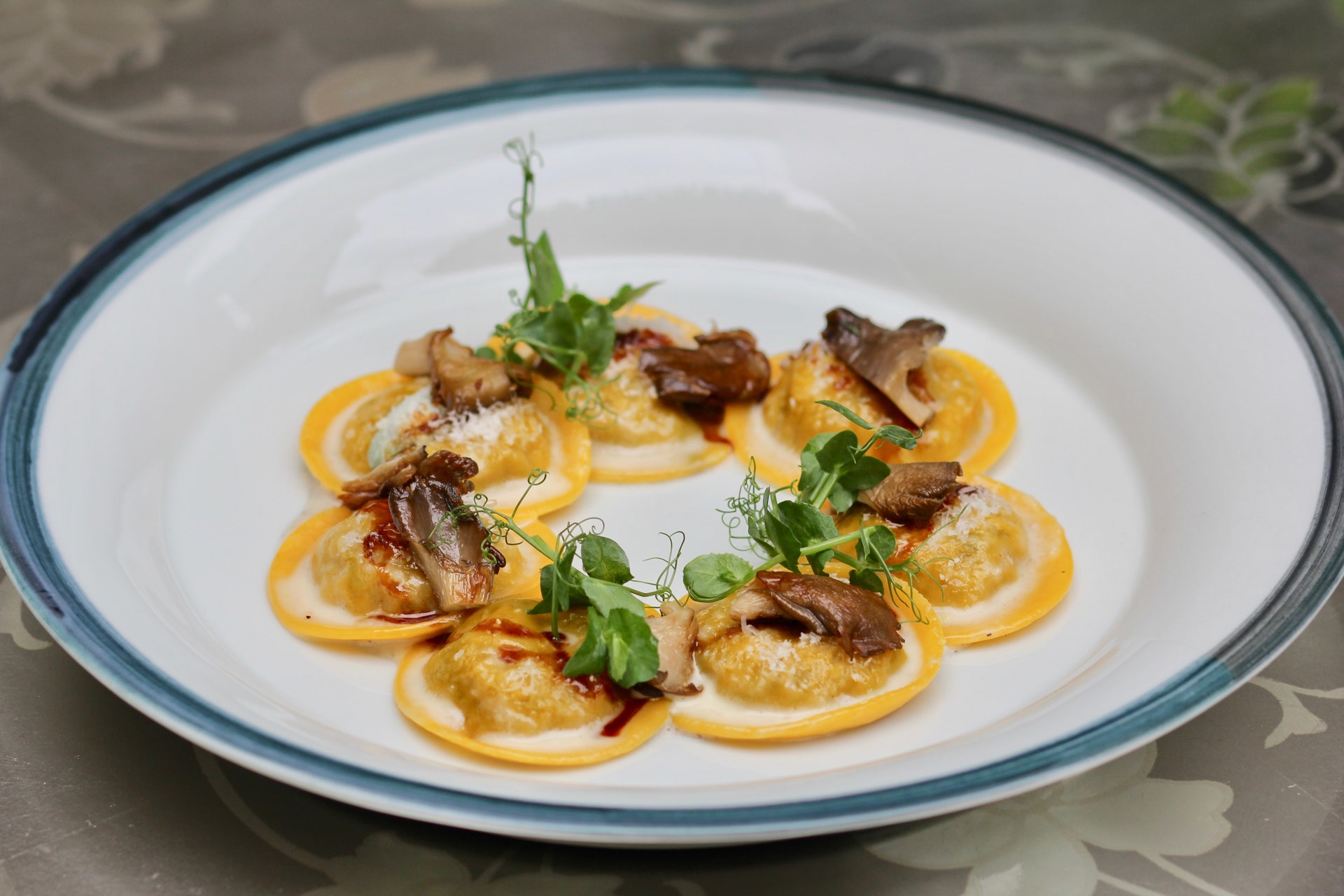 “This dish is the reflection of my passion for the product and for sustainable gastronomy, and is the fruit of the eco-responsible adventure that I started over two years ago with the hotel. Indeed, we send our coffee grounds to a small start-up in Yvelines. She uses it to grow oyster mushrooms that we then harvest for our best recipes. I keep the larger mushrooms for the stuffing, mixing them with the braised veal. Moreover, the veal itself comes from pieces that we do not use in our Milanese schnitzel. I sear the smaller oyster mushrooms in organic olive oil to decorate the tortelli, which I then sprinkle with coffee, like a spice that would complete this virtuous curl. It’s a dish that I put on the menu at Le George restaurant which has undoubtedly become one of our bestsellers. ”

In 2017, Simone Zanoni also created a vegetable garden for the restaurant, at the Domaine de Madame Elizabeth, in Yvelines on a 3,000 m2 plot, maintained by 5 gardeners, including people in professional reintegration. Committed to preserving the environment and promoting “reasoned” gastronomy, Simone Zanoni sets up a bio-virtuous system, the waste from the George being transformed into compost to nourish the soil in the vegetable garden. 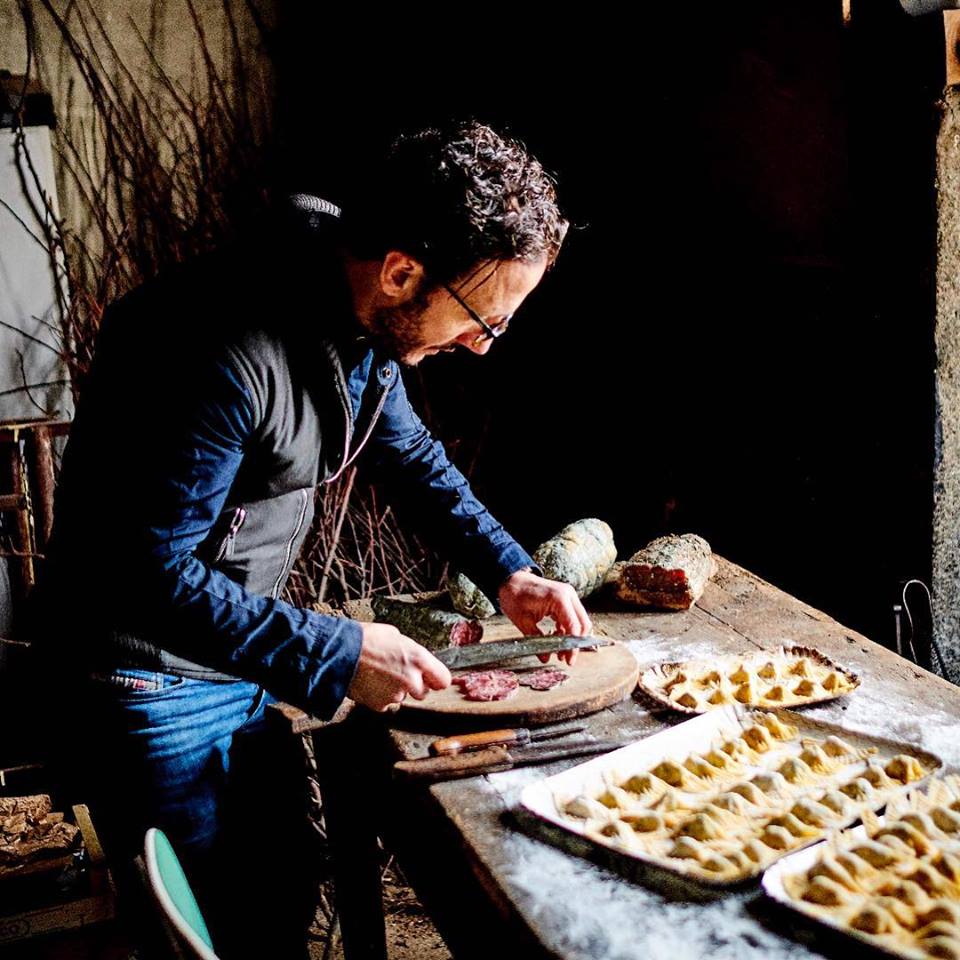