After graduating with a Masters in Media Marketing and a Masters in Journalism Sandy began a career as a sports journalist. After 5 years of presenting several live programs including the Sochi Olympics and several world championships, she started as a Freelance in 2015.

She worked quickly on C-News and My Sports Channel for over a year. Her Belgian origins take her across the border to co-present “De quoi je me mèle”, a daily talk show on RTL TVi for 2 years live from Brussels.

On her return from the Rio Olympics in 2016, Netflix spotted her to embody the French version of entertainment produced by Sylvester Stallone: ​​”Ultimate Beastmaster”. She will shoot 2 seasons in 2016 and 2017.

In January 2017, BO TRAVAIL entrusted him with the presentation of the discovery magazine “Sur Les Alpes perchés” Sixteen episodes of 26 ′ to discover the most emblematic resorts of the Alps in Europe, multi-broadcast on the VOYAGE channel. After her intense experience on the DAKAR 2018, production “L’ensemble media” entrusted her as editor-in-chief of a new automotive magazine. At the start of September 2019, she replaced Margot Laffite at the presentation of the V6 automotive magazine on the same channel.

At the beginning of 2019, FRANCE 2 approached in parallel to co-host Destination Eurovision alongside Garou, 3 live bonuses. A Test confirmed since as she then presents regularly the semifinals on France 4 as well as the Eurovision final on France 2 alongside Stephane Bern and André Manoukian.

At the start of September, Sandy is hosting alongside Teddy Riner and Olivier Minne the channel’s new entertainment: “la Course des champions” at the Stade de France.

On November 24, she co-hosts with Stephane Bern Live on France 2 to comment on Eurovision Junior.

Sandy also returns as a Sports Speaker. She hosts international events such as the Rio Olympic Games, the 2018 Women’s World Cup, EURO 2016, the VI Nations Tournament, and other world events and championships at the microphone, and caused a sensation by hosting the 2019 ceremony of the “Ballon d’Or” alongside Didier Drogba. She was also seen in 2020 hosting the Gala of the Albert II of Monaco Foundation. 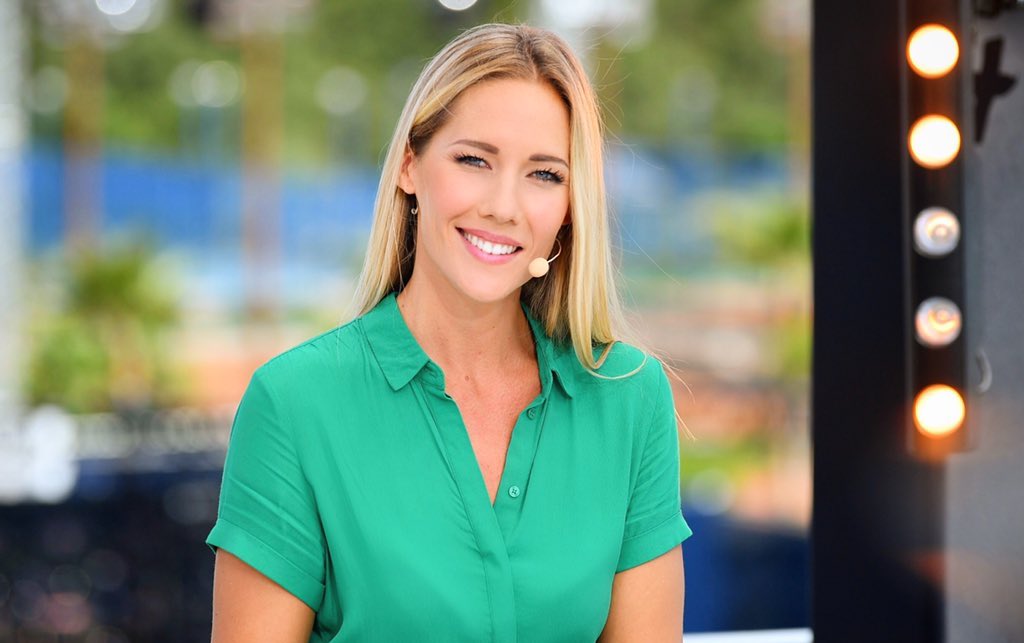