Catherine Destivelle is a French rock climber and mountaineer.

In 1992 she became the first woman to complete a solo ascent of the Eiger’s north face. She completed the climb in winter in 17 hours.

Her other notable climbs include the Bonatti Route on the north face of the Matterhorn and the southwest pillar of the Aiguille du Dru (the Bonatti Pillar). Destivelle has been the subject of several documentaries, including French director Rémy Tezier’s, Beyond the Summits (Au-delà des cimes), which won the award for best feature-length mountain film at the 2009 Banff Mountain Film Festival. 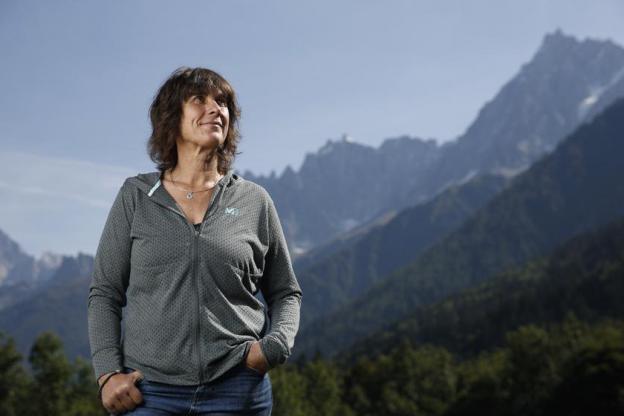 From the very beginning of the climbing competitions Catherine Destivelle took the best places. On the crag, she achieved the first female 8, the highest level in the world. Eager to discover and meet new people, she also began to travel the world: she would not stop bringing back reports from these trips. She became famous but tired of the competition, its demanding routines, its closed world.

She dreamed of adventure once again and began to climb the highest peaks on the planet, even allowing herself the audacity to open a new route on the west face of the Drus (Mont Blanc) in eleven days. She learns from her failures as well as her successes, knows her limits, and manages the risks she takes in her expeditions as best she can. In 2020 she was awarded the Piolets d’Or Lifetime Achievement Award, for her inspirational climbing career.

Catherine Destivelle is a formidable speaker. Her conferences on motivation, confidence, safety, and surpassing oneself are always a success.