Eric Boullier is an alumnus of the Polytechnic Institute of Advanced Sciences.

In 1999, he made his debut in motorsports by joining the French team DAMS as a track engineer in the Formula 3000 and 24 Hours of Le Mans programs.

In 2002, he participated with DAMS in the filming of the movie Michel Vaillant which takes place at the 24 Hours of Le Mans in the Leader team. He then left DAMS to join the Spanish Racing Engineering team as chief engineer, which won the World Series by Nissan championship.

The following year, he returned to DAMS where, as Technical Director, he was responsible for the team’s involvement in the GP2 Series and A1 Grand Prix championships. It was under his direction that the French A1GP team won the championship in 2007.

At the end of 2008, Eric Boullier gave a new direction to his career when he accepted the offer of the Luxembourg investment fund Genii Capital to take over the management of Gravity Sport Management, a management structure for young drivers. 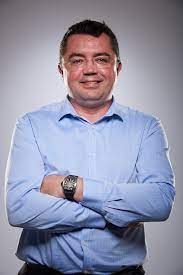 Following the 2009 season, Boullier was appointed head of the Renault F1 Team in January 2010. He left the position at the end of January 2014 to become competition director of Mac Laren Racing.

In January 2020, after serving as technical advisor, he was appointed General Manager of the French Grand Prix.